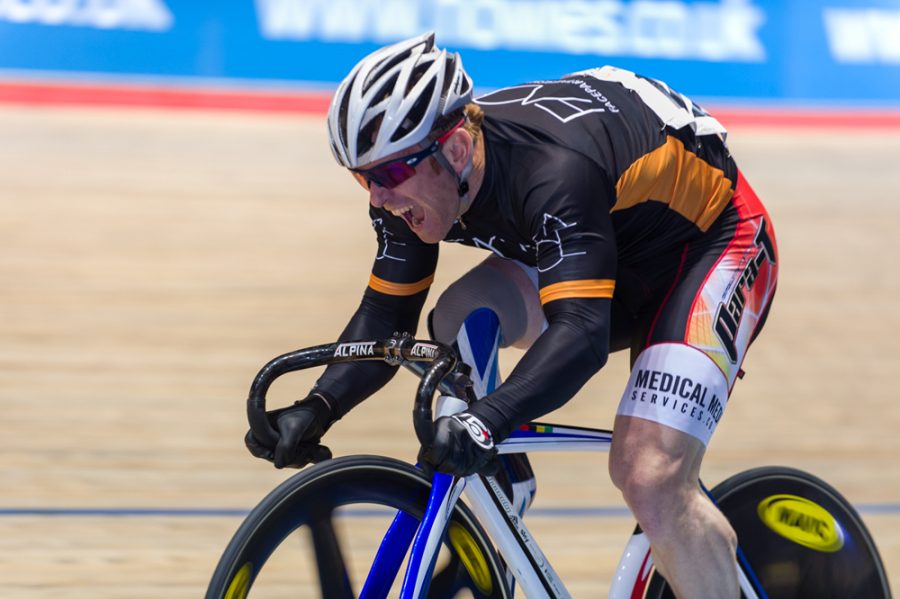 In his last racing appearance of the year and his first in an elite endurance competition, Jody faced the likes of Olympians Steve Burke, Ed Clancy and Andy Tennant at the first Round of the Revolution Series 2012/2013.

And Jody was certainly up for the challenge as he got the loudest cheers of the night from the crowd and started his agenda by taking second place behind Ed Clancy in the first event of the night, the Flying Lap, in a time of 13.908. Having put in a stunning performance, Jody held his own in the remaining events, but admitted afterwards:

“I haven’t done too much training since the Games and I’m certainly not in the shape I should be in, so I’m quite pleased with my second place in the flying lap. I really enjoyed mixing it up with the endurance guys and racing in front of such a fantastic crowd always feels special.” He added “I might be putting a little bit more time into bunch racing and see how much I can improve.”

Don’t forget you can catch up with the Revolution series on ITV Player.

This site uses Akismet to reduce spam. Learn how your comment data is processed.