He was born with a deformed right foot which was amputated at the age of 3 and subsequently fitted with an artificial leg, after which he hasn’t looked back since.

By the age of 5 he had his first swimming lesson with his school which ended up with him being rescued from the bottom of the pool by a fully clothed parent!

After that experience his parents enrolled him into the local swimming club where he learnt to swim. At the age of 10 he raced for the first time for Kings Lynn swimming club, and his international debut came in 6 years later, representing Great Britain at the world swimming champs. He surprised everyone by taking 4 seconds off his personal best time to take the gold medal in the 100m Butterfly. This would be the first of 23 (14 Gold, 4 Silver and 5 Bronze) international medals he would win in a swimming career spanning 11 years. 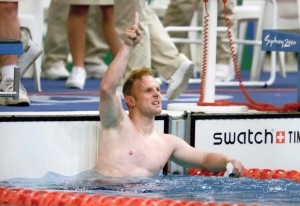 In 2005 Jody’s career path would change when he took part in a disability open day on the boards of the Newport Velodrome. His potential was spotted by one of the coaches there and after another ride on the track in Manchester he entered the 2005 national championships. In his first race he broke the British record for the flying 200m. Still swimming on the GB team Jody began training with the Newport Velo squad who trained at the velodrome. His times from training caught the attention of the GB coaches, and he was invited to a time trial for a place on the 2006 Paralympic world cup team. 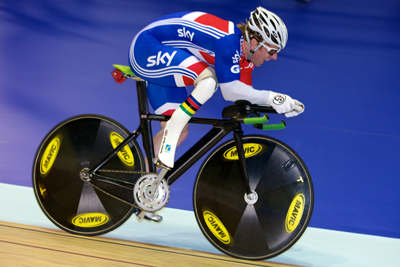 This was a success, and 2 days later he rode in the team sprint alongside Darren Kenny and Mark Bristow at the Paralympic World Cup where they went on to set a new WR time. After that race he hung up his trunks and goggles for the last time and made the transition to the British Cycling team. In the summer of 2006, he won his first individual gold medal in the 1km Time Trial at the World Track Championships in Aigle Switzerland, breaking the WR in the process. From that victory he has remained unbeaten in the 1km time trial, racking up 11 world titles in the event with the most recent at the 2019 World Championships in Apeldoorn.